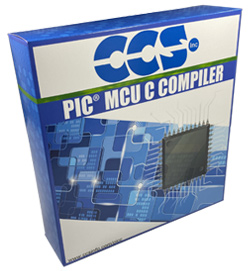 The compiler contains Standard C operators and built-in libraries that are specific to the PIC registers. Access to hardware features from C. Features include:

The compiler can handle inline or separate functions, as well as parameter passing in re-usable registers. Transparent to the user, the compiler handles calls across pages automatically and analyzes program structure and call tree processes to optimize RAM and ROM Usage. Additional features include:

The compiler runs under Windows 95, 98, ME, NT4, 2000, XP, Vista, Windows 7, Windows 8, Windows 10 or Linux. It outputs hex and debug files that are selectable and compatible with popular emulators and programmers including the MPLAB® IDE for source level debugging.